Food Forward fights hunger and prevents food waste by rescuing fresh surplus produce, connecting this abundance with people in need and inspiring others to do the same.

As we start a new year tinged with optimism, the tradition of summing up Food Forward’s last twelve months stares me down as a surreal and challenging task.

The year that this annual report ties up was – and hopefully will remain – like no other. We were knocked about in 2020, not just as a country but as an entire civilization. A sudden pandemic begot an international economic crash. The re-ignition of a global movement for racial justice was followed by unprecedented fires raging across our state, capped off by a pivotal national election.

For Food Forward, it created the groundwork for what has undoubtedly been the hardest year we have faced as an organization. In retrospect, it made our first decade feel very much like a dress rehearsal.

In mid-March 2020, when we began this long, strange trip through the looking glass with our first lockdown, our crew took a deeeeep breath and made sure everyone was safe. As soon as we were deemed an “essential business,” we collectively jumped back into our work with a vengeance—work that was now more critical than it had ever been.

Like many of you, last spring we were beyond distraught seeing footage of millions of Americans, some newly food insecure and others who were already struggling to feed their families, snaked for miles outside food banks. At the same time, farmers without markets for their produce plowed entire fields under.

But, out of the shock, a moral imperative grew—not unlike the one I felt before founding Food Forward twelve years ago—only much more intense. Just weeks into the pandemic, in early May, we collectively committed to take our efficient, impactful produce recovery machine and scale it to meet the tsunami of need as best we could.

As such, this became the year of The Sprout (El Brote) an extension of Food Forward’s Produce Pit Stop, which grew quickly to sprout hope, resilience, and most importantly, results. It sprung from the fertile surplus produce of a nation’s broken food chain and the sweat and commitment of Food Forward’s intrepid staff. These qualities aligned with our incredibly responsive funding community who enabled us, sight unseen, to take on an unproven triage solution.

We added an 8,000 square foot extension to our 10,000 square foot warehouse to provide more produce to dozens of small and medium-sized agencies now on the front lines of a once-in-a-generation national hunger crisis. We also quickly launched new distribution sites, responsive and flexible to the needs of our partners. These funders – the majority of whom didn’t even know our name a year ago – hitched themselves to our vision and, in less than ten days, collectively supplied the resources to help The Sprout germinate.

On every front, it was all-hands-on-deck, with staff ready to learn new skills and be redeployed as needed. We knew we had to grow to meet the moment. Still, little did we know that by year’s end, we’d be responsible for the distribution of over 62 million pounds of fresh produce. That is almost 2.5 times what we delivered to hundreds of food insecure communities in all of 2019.

While our passionate staff of fruit masters, outrageously dedicated Board, extremely giving advisors, and steadfast volunteers pulled together to reach another milestone – OUR 100 MILLIONTH POUND DISTRIBUTED – we did it mostly while being apart in a way we’d have never thought possible just a year ago.

We see hope on the horizon and buds on the trees. New vaccines are taming the pandemic, and a new administration is prioritizing food security and the underlying issues of inequity that propel it. While this all takes shape, Food Forward still has its work cut out. We thank you for being there with us during a historic year that tested us all. Here’s to that and a much quieter 2021. 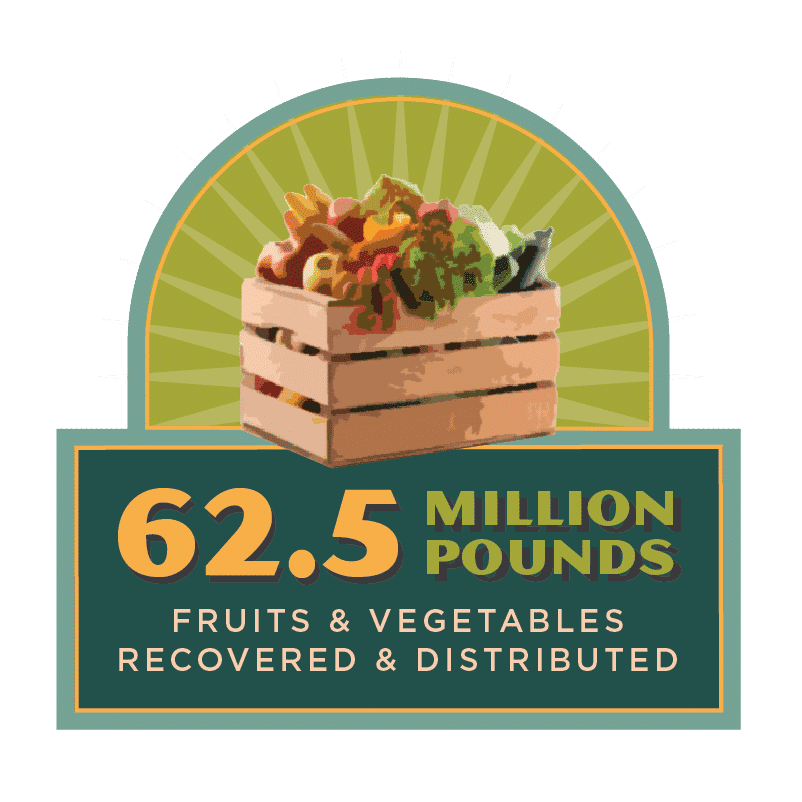 Since Food Forward began, we have relied on volunteers’ passion and dedication. Despite putting community volunteer events on hold, our Event Leaders didn’t slow down.

In 2020, thanks to our funding community’s generous support, we greatly expanded the Produce Pit Stop to meet the growing demand for food.

We did it together

This year we grew in ways we couldn’t have imagined.
Since March 2020, we’ve worked together to distribute over one million pounds of free fresh fruits and vegetables each week, twice as much as we were able to do before the pandemic. This enormous impact has only been possible because we’ve all mobilized behind a common mission of creating equal access to nutritious food. Thank you for your commitment to food access today and every day.

We did it together

This year we grew in ways we couldn’t have imagined.
Since March 2020, we’ve worked together to distribute over one million pounds of free fresh fruits and vegetables each week, twice as much as we were able to do before the pandemic. This enormous impact has only been possible because we’ve all mobilized behind a common mission of creating equal access to nutritious food. Thank you for your commitment to food access today and every day. 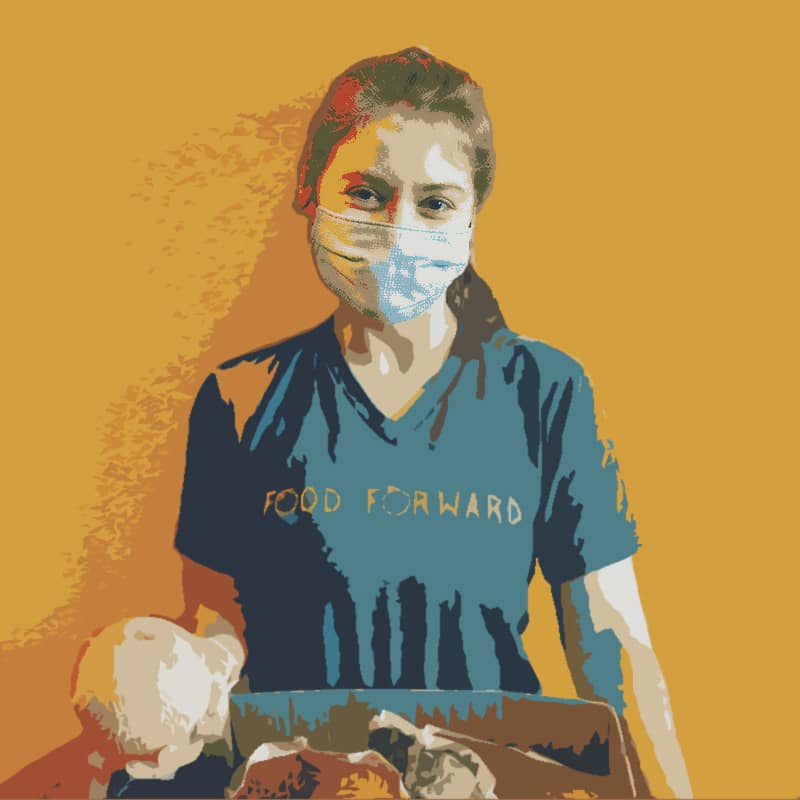 For every dollar you give, we provide 14 pounds of free, fresh produce.