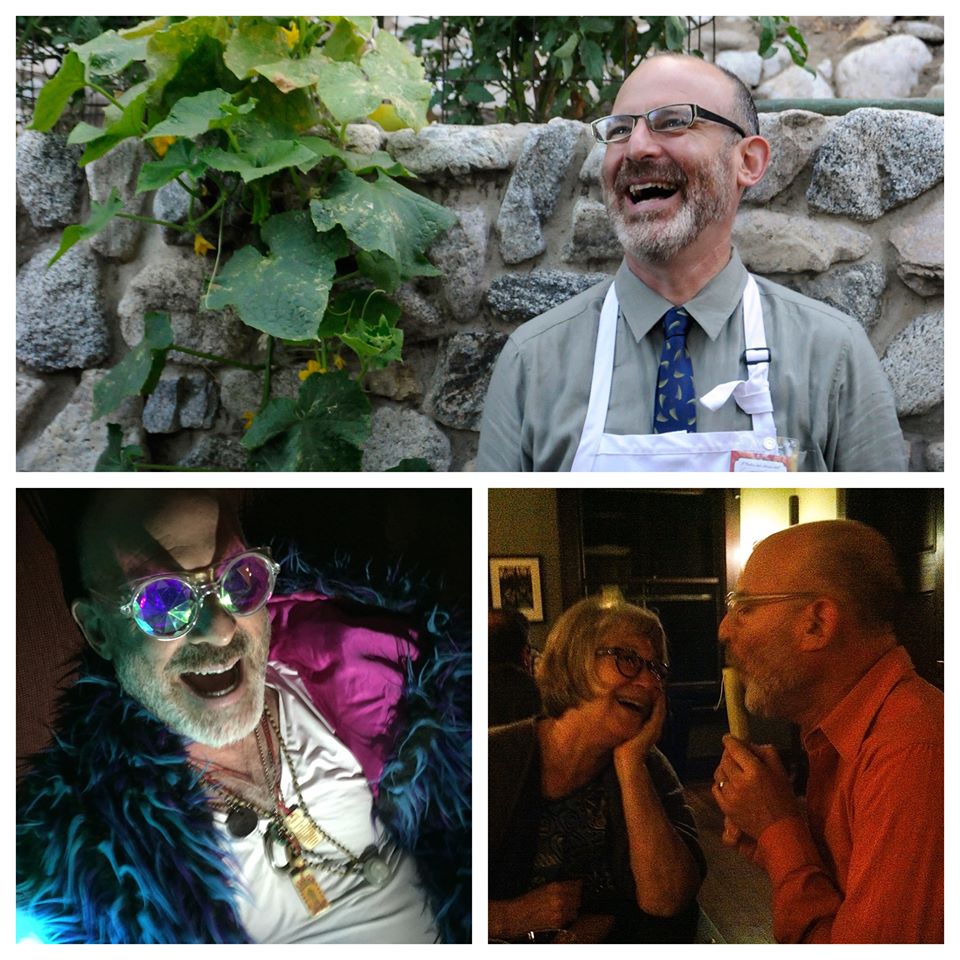 It was a real gut-punch to hear of the passing of our friend Joseph Shuldiner last week.

Joseph came into his own as a catalyst in LA’s alternative food scene around the same time Food Forward was just proving out its concept in 2010-11. As Food Forward took flight, his Institute for Domestic Technology found its eager audience. We shared the fun and struggles of building organizations from whole cloth and cheered each other on at many points along the way.

Of all the memories of our times together, maybe the one I cherish most is an evening in 2014 with Sarah Spitz where we shared a wonderful tasting menu composed solely of foraged ingredients. Held at the Zane Grey Estate, the meal was created by Pascal Baudar and Mia Wasilevich when the scene of food makers/doers we were entrenched in was hitting its zenith. The food was ridiculously creative and equally delicious, but the courses were slow in coming. The evening stretched on and the wine pairings of nearly-extinct varietals filled the gaps. The three of us indulged, and then indulged some more. At some point Joseph took a hollow reed that had garnished a recent course and, becoming a hilariously stoned bespectacled Jewish Pan, he began to serenade Sarah. His whimsy and sense of being in a moment shone through then as always.

Joseph was generous in his own unique way – offering a way in for Food Forward, be it collaborations, beneficiary events, even pulling lovingly curated packages together for the Spring Melt auction.

We didn’t see each other often, but every time we met up there was an immediate kinship, something fostered by our time together at Burning Man in 2015. He blindly committed to a two-week stint in Black Rock City, not simply to party, but to be part of setting up a camp, then striking it – without really having any idea what he’d signed up for. Though it was one of the coldest and dustiest years on the Playa, we met up several times for tea, lamb stew, or just to commiserate and laugh. Through all the uncertainty that event forced upon him, he earned major props for remaining joyous, intrepid, and radically self-reliant for its full run.

It was only over the near-decade I knew him that I got to understand and appreciate his impressive range of talents: teacher, artist, leader, taste-maker, student, author, curator, giver and taker of laughter… As I’ve read remembrances in the last few days, I continue to learn more about this gifted man who always had a smile in his eyes and yearning to make the world a more beautiful and connected place.

One of the most brutal things about his loss is that the last time I saw him was just over a year ago at the funeral of Ernie Miller, another member of our tribe we lost way too early. Joseph and I peeled off after paying our respects and sat outside the chapel for a good hour catching up. He took me into his confidence about his recent battle with brain cancer which he believed he had come through the other end of. He was weakened by the struggle but optimistic about the future: more consulting gigs, another book now in the hands of his publisher… Even into his illness, he seemed to never stop.

If anyone needs a reminder of just how potent a power Joseph was, all they need to do is glance at his website and see the myriad classes he offered – one after the next sold out.

Sending my deepest condolences to Joseph’s life partner Bruce and their family, I take solace knowing my friend will light up whatever kitchen, gallery, market, dinner party or intentional community is lucky enough to host him next.