5.15.18 — Food production creates more C02 than most countries do. So, it’s no wonder that addressing food waste could be a viable solution to the issue of climate change. 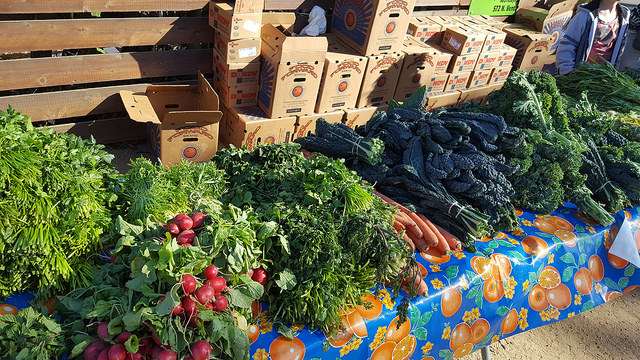 You’ve likely heard it all before: The Earth’s atmosphere is warming at an alarming rate. 17 of the 18 warmest years in the 136 years since temperature records have been kept all occurred since 2001. Much of the news on climate change has focused on carbon dioxide (C02), but, in fact, there are a host of other more potent gases that, when combined, send the famous “hockey stick graph” off the charts. One of the major contributors to climate change, food production, would be the third-largest emitter of C02 if it were considered its own country. All of this may seem like rather dismal news, except that a coalition of scientists and researchers with Project Drawdown have ranked food waste as the third most viable solution to the climate crisis in an effort to assemble and present the best available information on climate change to make better decisions.

Solutions identified in the broader “Food” category that made it to the top ten include implementing silvopasture techniques (#9), leaning towards more plant-rich diets (#4), and reducing food waste (#3). Scientists conclude that if these measures could be implemented on a variety of scales in both developing and developed nations, the world could reduce C02 emissions by over 70 gigatons at a net cost of $0. Yes. $0. Well, the cost and savings are really too variable to be determined, but the point is we don’t need to invent some magical machine like they did in the movie Meatballs 2 to deal with food waste. We simply need to stop wasting food which really doesn’t cost a whole lot.

This is why Food Forward’s mission is so simple, yet so powerful. Recovering food that is already grown ensures that resource inputs like seeds, water, energy, land fertilizer, hours of labor, financial capital, and human capital don’t end up in the waste bin. It’s easy to see how addressing food waste could literally help initiate a huge climate game-changer. There are numerous ways to improve food systems both in the developing and developed worlds. Some suggestions include improving cold storage, processing, and transportation (which, not surprisingly, is something badly needed in our own food system here in Southern California). And, for developed nations, implementing major interventions in retail and consumer systems, along with enacting policies regarding food waste can have untold positive repercussions. 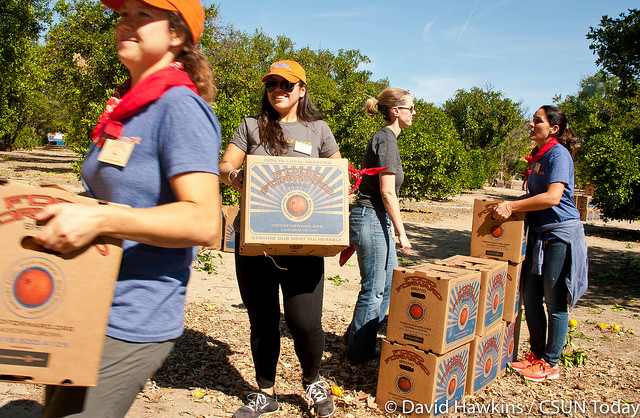